A plea for action. 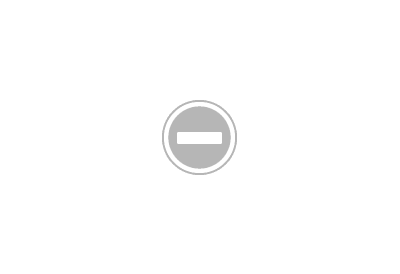 It’s been an unbelievable week. The scorching climate-change-driven heatwave across the western part of the continent is making headlines everywhere, and with good reason. Lytton BC (near where I spent my summers doing field research) reached an all-time Canadian record high temperature of 49.5°C yesterday. The normal high temperature in Lytton this time of year is 24 °C. Other cities including Victoria, Vancouver, and Kamloops all saw record high temperatures. More than one hundred people died suddenly in Metro Vancouver due to heat exposure.

My professional training isn’t in bikes: it’s in geology - specifically stable isotope geochemistry. My field is focused on understanding how elements cycle through earth’s biosphere and geosphere. Geologists have been responsible for 1) quantifying ancient Earth’s past climate change, and 2) understanding the sources and sinks of carbon dioxide and methane that are the primary drivers of modern climate change. I’ve studied and published original research on Earth’s biggest climate change event: the Neoproterozoic Snowball Earth. I’m terrified of what’s happening this summer, and what’s coming next.

The science of climate change and its consequences were well understood by the late 1980’s (James Hansen addressed the US Congress in 1988), yet we in have not taken any real action toward decarbonization in the three decades that followed. In Canada, our total emissions have been stagnant since the late 1990’s, when the dangers of global heating were clear. Gradual emissions reductions starting when I was a child could have decreased our contributions to warming before we reached the state of emergency we are in now. Instead, we chose to walk deeper into the minefield that is a rapidly warming planet, and this week’s heat wave is one result of those choices.

In Canada, our institutions and leaders have mostly failed to act, and will continue to fail, lest they appear too radical to be considered “serious people.” Climate futurist Alex Steffen muses about why this is on his podcast. The act of declaring a climate emergency has become a meme-worthy farce, yet it suffices for action by “very serious people” who run our governments and institutions. Radical change is the only way to survive the mess we are all in, and that change won’t come fast enough from our institutions and leadership. The radical change has to come from YOU. The Australian bush fires of 2020 (remember those?) left us with this statement that should be pasted on every page of every newspaper tomorrow morning: “You are in danger and need to act immediately to survive.” The scale of action required is enormous and there is still hope if we act now.

Riding your bike for transport is a radical action you can take right now to decrease the severity of the crisis ahead.

There is no coincidence that my professional training in planetary systems led me to opening a bike hub. When I moved back to London in 2017, I didn’t have a plan for work, and tried to find a way I could make an impact on climate. Transportation is the largest contributor to global heating in London, and in Ontario as a province. London Bicycle Café was built to enable YOU to decarbonize YOUR transportation.

[image GHGE graph"E-bikes have the lowest CO2 emissions of any mode of transport. "]

Why are bikes and pedal-assist bikes (pedelec or E-bike, not to be confused with electric scooters) answers to the climate crisis? They are one of the few scalable solutions to planetary heating for a city and society built to our mostly suburban scale. Transit only works economically with greater density, and walking only gets you so far before you run out of time in your day getting from A-B. Bikes, on the other hand, cover our sprawling distances with aplomb, are the most energy-efficient machines ever created, and have lower carbon emission per km than all other methods of transport, even walking. They are uniquely suited for the scale of our problem, in the built environment in which we all exist.

Why are E-bikes the best solution for most people? Acoustic (non-electric) bikes are great if you’re young, fit, and healthy, but on a 30+ degree day, pulling out a bike and riding 15 km with a load of groceries just isn’t an option for a lot of people, myself included. I’d never go out on a day as hot as yesterday — but I took my e-bike for ~30 km of errands and recreation. E-bikes enable average people to get around their city as easily as walking; they also allow people from 14 to 84 to cover the sprawling distances in cities designed exclusively for the pleasure of motorists over the past hundred years. From a materials standpoint, e-bikes use less than 1% of the (rare) raw materials required to make an electric car, and as a result create less than 1% of the waste of an EV, too. People who ride e-bikes get more exercise than people who choose regular bikes, and are more social and happy when they ride, too. Pedal-assist bicycles are like a superpower for the future that lies ahead. They bestow mobility, strength, and even a sense of community on their riders. And they fight the fire that’s burning across our planet’s surface, too.