A statement on recent events in London, Ontario. 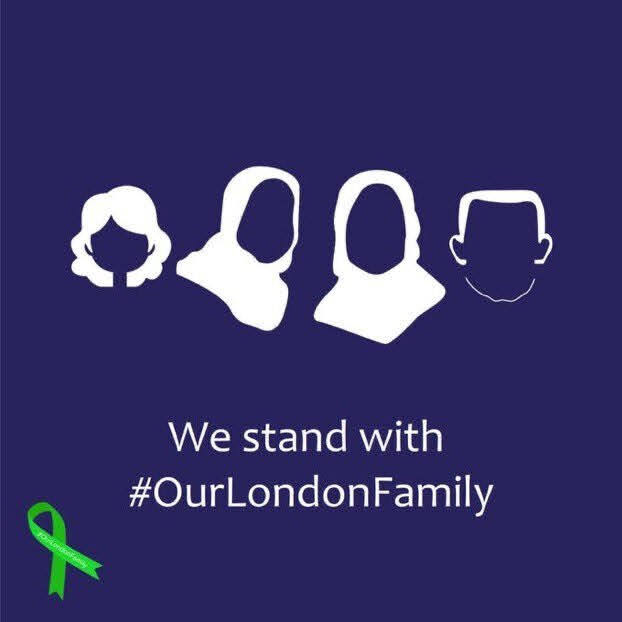 About 24 hours ago, according to London Police, 20-year old Nathaniel Veltman drove a pickup truck into a family of people on the sidewalk, and sped off in a deadly premeditated kill and run. According to reports, he chose these people to attack because they were Muslim. Four people from one family are dead, and a nine year old who survived the attack is still in hospital. This is an utter tragedy, with a sinister foundation that needs to be addressed in our city and country.

The news of this hate crime were short on details at first. This morning I read the initial release: four people dead, one injured in collision with motor vehicle (sic) on Hyde Park Road and South Carriage Road. The stretch of road where the attack happened is known in the cycling community to be particularly dangerous, and one that should be avoided if at all possible by cyclists and pedestrians alike. When reading the initial news coverage, many people in our community, myself included, jumped to the conclusion that this was a case of “regular run-of-the-mill road violence,” the kind of tragedy that happens daily in Canada, and that our society largely ignores. My staff and I spend a lot of time drawing attention to the deadly design of our transportation system, and we do our best to educate our customers about how streets can be designed to be safer, so they can ask their elected officials to help make their neighbourhoods better for their families. This tragedy went far beyond what we think of when we say “traffic violence” in our store.

At its core, this incident is indicative of the emboldened white supremacy movement that is festering in our country, growing stronger since before the election of the last American president. We’ve seen open parades of white supremacists walking downtown streets in gang colours, and most recently we saw the thinly veiled white power protest “masked” as an anti-mask / anti-vax event at Victoria Park. These events are growing more frequent, and attracting more people to their rank and file. As we learn more about Nathaniel Veltman, I hope we’ll understand more about his roots, and his path to murder, so we can start to address the systematic problems than aid and abet a young person to commit a heinous crime.

To get there, we first need to admit that Canada has a systematic racism problem. This past week we learned of 215 children who died in a residential school designed to deprive children of their culture. Before that came much more. A Mi’kmaq fishery lit ablaze. A mosque in Quebec. Anti-Asian violence in Vancouver. Missing and Murdered Indigenous Women. Someone smart said (not sure who said it first) about the Kamloops school, “this wasn’t a dark chapter in Canada’s history, it’s the whole plot.” They weren’t wrong. The idea of “safe streets” for racialized people is about more than mode separation by concrete (although that’s necessary, too). We need to break the white supremacist movement before it grows any stronger, and work much harder educating our young people about the roots of systematic discrimination that occurs every day in our society.

Tonight, we stand in solidarity with London’s Muslim community. Against Islamophobia. Against White Supremacy. For a better community, together. Our hearts are with all affected by this tragedy.

-Ben
(on behalf of the LBC staff)