Riding a bicycle should not require bravery. Yet, all too often, that is the perception among cyclists and non-cyclists alike.
- Roger Geller, Bicycle Coordinator Portland (OR) Office of Transportation

Think about the word "cyclist." What comes to mind? Someone in spandex riding a fancy road bike? A bearded hipster in skinny jeans and a lumberjack shirt? Maybe a homeless man collecting bottles? What about the girls that live on your street and bike a few blocks to their elementary school every day? What about you? What kind of cyclist are you? 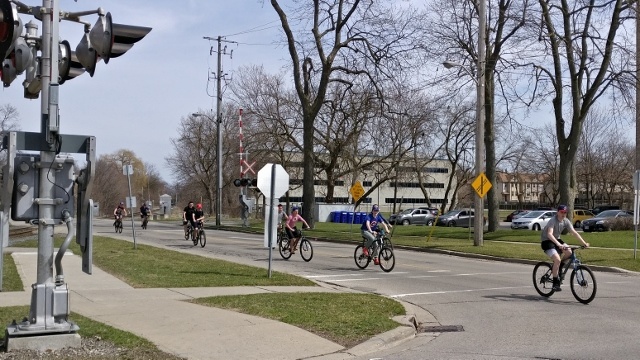 A few years ago, a team from Portland, Oregon set out with a simple question: can we measure people's relationships with a bicycle to help plan our cities? What they found is that people can be classified into four major groups. I've broken down the core of the idea below. Which group best represents you?

The Four Types of Transportation Cyclist

What they found was astonishing because it turned out that people in Portland are just like people in Minneapolis, Calgary, New York, and every other city in North America where data has been collected. While we haven't done a proper survey for London yet, odds are good that London is the same as all the other cities. Here's why it's important: in almost every city where citizens have been surveyed about their preferences, the breakdown looks like this:

What this tells us is that most people who want to ride a bike don't, or won't. That's a shame, but it's understandable. Riding with motor vehicles is scary, and our streets have been prioritized exclusively for cars for more than a century. Fortunately we know how to fix the problem with better street design. Cycletracks provide safe spaces to ride for everyone, especially those who are "Interested but Concerned," and London has a couple cycletracks planned for this summer. In cities that have installed cycletracks, "Interested but Concerned" riders have got on their bikes for the first time in a long time, and have started to live healthier, happier lives because getting around on a bike feels so good.

Check out Jess's first ride in 10 YEARS! The #yycbike cycletracks were prefect for her to get comfortable being back in the saddle. pic.twitter.com/47mVYjJ7zi

What type of cyclist are you? What would it take for you to ride your bike more often. Write us in the comments, tweet us, or send us an email. We'd love to hear from you!

ps - There are a few long reports about it that you can read here, and here if you're more interested in the cycling classifications. We promise this won't be the last we write about how different people view their bikes in the city.